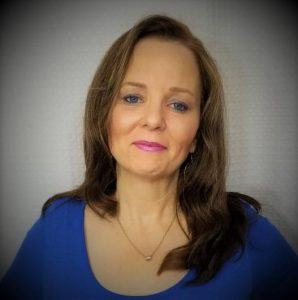 I’ve missed one deadline after another this year. As an author, dates mean something.  I feel that I have failed my readers. For that, I apologize to you for not explaining sooner. It has been more than taking time off, I’ve been unable to do the kind of writing that I would like. Other than Facebook and an occasional blog on my website, I’ve been fairly quiet.

The amount of time it takes me to write books is much longer than most writers. Some say it is because I’m not dedicated enough. That is probably true. I have three children, all under the age of twenty and my priority will always be their well being.

I have to admit one of my faults is becoming too engrossed in the researching of my books, but I require that of myself to add authenticity. I had tea at the Empress Hotel just to research Magic Denied.  I did three trips to the Space Needle to make sure my scene and pacing were accurate for Magic’s Lovers. I have to feel the book so that I can weave the story.

The year 2018 has not been very kind to my family, and as a result, the pursuit of my lifelong dream of writing has taken a backseat. Actually, at this point, it’s not even on the bus. I have been at a breaking point several times this year trying to shuffle the different issues in my life. Without going into detail, I can say, I’ve had to work through nine major life-altering events this year.

Both physically and mentally exhausted, at times I’ve felt nothing and have completely stepped away from my computer.  Even, my tablet was set aside, and the best I could do was binge watch different old television shows. I’ve fallen back to those old things that give me comfort and don’t require me to think. I’ve been unable to put the effort into a novel.

When will it stop? I am hoping things will be settling down by the end of January and by April return to my regular schedule in May. Being an author is still my dream. I just need to finish taking care of a few things. Unfortunately, that is going to take more time than I have available – 24/7 is not enough time right now.

The story lines are still running around in my head!

Magic’s Lovers was not my first book. I had completed one whole book with about one hundred and thirty thousand words BEFORE I created the Arcadia Global series.

The first book I wrote was for another series. It has been through many readers, edits, and revisions. Even now as I look at it, I realize how little I knew about writing only three years ago. That’s a short amount of time but seems like a lifetime ago for me. I technically “finished” that book on November 30th of 2015. I understand now it was nowhere close to being a real novel. It’s a romance book and it’s the first of another series that I’ve been constructing for over ten years. I’ve already written portions of other books.

Some would say that the Arcadia Series was my early audition as a writer. This first book was my training. Since I sat down in August 2015 I have learned what it takes to tell a story. Slowly and sometimes excruciatingly painful, I’ve become what I’ve always wanted to be – an Author.

It takes more than writing a great story line, it has to be crafted with perfection.

That has been one of the hardest things to learn, but it is one of the most crucial. I’ve finally learned how to write my stories. I’ve just learned a lot of grammar and composition skills to make my stories something you will enjoy reading.

That first book is back with me and is going through what I hope will be short fixes. If things go correctly, it will be ready for a group of beta readers by April. (Sorry, Lenora!)  It’s already been through five professional editors. Each teaching me and pushing me further along. I’ve pared it down, but it’s still over one hundred thousand words. That will change during these last edits.

I will be back in 2019. Hopefully, refreshed and ready to provide you with new and exciting stories.